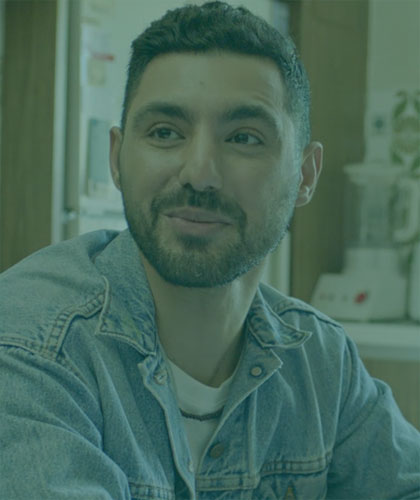 Discover how you can REGROW YOUR HAIR at a FREE Consultation

Ashley & Martin has been regrowing and restoring hair since 1964. After 50 years, we’ve mastered it. In fact, our RealGROWTH patients enjoy a 98% success rate.
To enjoy a 98%* chance of successful hair regrowth you need to act fast.

Take the first step towards the new confident you today, just fill in this simple form… We’ll take care of the rest.

A Hair Loss Case Study from our Sydney Clinics

Sharad’s* hair had reached a point where he could no longer style it in a way that he was able to hide the extent to which it was thinning. It had been a short 18 months since Sharad had begun to find hair on his pillow in the morning. In that time the 21 year old had noticed his hair thin out on the top of his head and recede substantially in his temples and parietal ridge. Both his brother and his father suffered from hair loss, so Sharad was aware of what was in store for him if he let his hair go untreated. Sharad called Ashley and Martin for help.

After taking all relevant medical and family history and chatting to Sharad about his lifestyle choices and stress levels, the consultant put forward the best course of actions to correct Sharad’s thinning hair. The consultant suggested Sharad try a medical RealGROWTH™ program. With an overseas trip booked for 9 months time, Sharad was excited to get started on his program straight away. He was thrilled that he had enough time to see improvements in his hair before he went on holidays.

Five months after his initial consultation Sharad came in for his first progress check-up. His hair had become markedly more dense and the recession in his temples was fast being rectified. Sharad was so pleased with the results that he gained with Ashley and Martin’s RealGROWTH™ program that he recommended our services to anyone who asked him how he achieved his regrowth.

In the first 5 months of treatment his enthusiasm for the company has seen his brother and a friend enrol on their own programs and he is confident they will not regret it.